Working with nature for a better world

Not only has 2015 heralded a worldwide  increase in commercial interest in Nafici Environmental Research’s straw pulp process,   it has also been the year in which we were chosen as one of nine of the most innovative start-ups from Climate-KIC UK’s Accelerator programme to pitch at their fourth UK Venture Competition on 9th September. This was not just recognition of how far NER has come towards its goal of developing our process worldwide, but the chance to showcase our company to a large audience, which included potential investors.

This year the Competition was held at the prestigious IMAX theatre at the Science Museum in London.  The appropriateness of this venue was made all the more apparent as we approached it via the Museum’s ‘Making the World Modern’ exhibition which includes Stephenson’s ‘Rocket’ Locomotive,  reminding us of how far the world has come environmentally since its arrival in 1829.

The calibre of companies taking part was very high, as was the standard of their presentations.  In our presentation we highlighted clearly how, in a worldwide paper market that is growing by 10 million tonnes a year, a viable, locally sourced fibre such as straw could halve the carbon footprint of the paper industry.  How our newly designed straw pulping process can be installed on or near farms and reduce investment and energy costs substantially as well as being odourless and producing no liquid waste.  How in countries such as China our process can help farmers to profit from their excess straw instead of burning it in the field, a practice for which the overall annual CO2 emission could amount to as much as 0.2 Pg (0.2 billion tonnes), corresponding to 15% of the total CO2 emissions from energy production.

After the presentations and some serious questions from the judging panel, we all assembled at Imperial College to discuss the proceedings with other candidates and audience members whilst awaiting the verdict. Unfortunately, we did not win this time, but were delighted with our contribution and the opportunity we were given.  Just to have been shortlisted and to have presented in competition with such dynamic companies was a prize in itself. 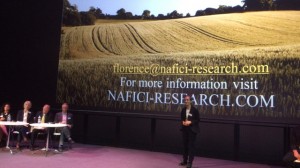 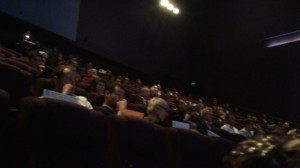 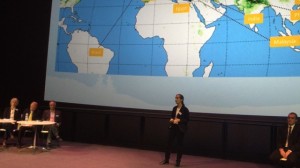 Copyright © Nafici Environmental Research Ltd | All rights reserved
Website by BritWeb
We use cookies on our website to give you the most relevant experience by remembering your preferences and repeat visits. By clicking “Accept All”, you consent to the use of ALL the cookies. However, you may visit "Cookie Settings" to provide a controlled consent. Read More.
Reject All Cookie SettingsAccept All
Manage consent

This website uses cookies to improve your experience while you navigate through the website. Out of these, the cookies that are categorized as necessary are stored on your browser as they are essential for the working of basic functionalities of the website. We also use third-party cookies that help us analyze and understand how you use this website. These cookies will be stored in your browser only with your consent. You also have the option to opt-out of these cookies. But opting out of some of these cookies may affect your browsing experience.
Necessary Always Enabled
Necessary cookies are absolutely essential for the website to function properly. These cookies ensure basic functionalities and security features of the website, anonymously.
Functional
Functional cookies help to perform certain functionalities like sharing the content of the website on social media platforms, collect feedbacks, and other third-party features.
Performance
Performance cookies are used to understand and analyze the key performance indexes of the website which helps in delivering a better user experience for the visitors.
Analytics
Analytical cookies are used to understand how visitors interact with the website. These cookies help provide information on metrics the number of visitors, bounce rate, traffic source, etc.
Advertisement
Advertisement cookies are used to provide visitors with relevant ads and marketing campaigns. These cookies track visitors across websites and collect information to provide customized ads.
Others
Other uncategorized cookies are those that are being analyzed and have not been classified into a category as yet.
SAVE & ACCEPT